Matt Kaulig is the Executive Chairman of the Kaulig Companies Limited, his single member family office. Matt is a proven entrepreneur and philanthropist as defined by his founding of Leaf Home Solutions™, one of the largest direct to consumer home products companies in the United States and Canada. Leaf Home Solutions™ owns brands such as LeafFilter® Gutter Protection and Leaf Home Safety Solutions™, one of the nation’s leading fully integrated “aging in place” consumer product providers which includes walk-in bathtubs, wheelchair ramps, stair lifts and handrails.

Several notable recent accomplishments include being named “Entrepreneur of the Year” by Ernst and Young; opening the 64th LeafFilter® office; winning the “Circle K 250” at Daytona International Speedway with his NASCAR team, Kaulig Racing™, Inc; and opening the first of its kind video production and editing studio, The Kaulig Media Lab, located in the “I Promise School.”

The I Promise School was recently founded by the LeBron James Family Foundation and Akron Public Schools. To date, Matt’s charitable giving programs have provided philanthropic support to more than seventy 501(c)3 organizations.

Matt graduated with his business degree from the University of Akron in 1996 and started in business immediately after his graduation. Matt is a member of numerous Boards for both businesses and charities. Matt and his wife Lisa have one daughter and currently reside in Hudson, Ohio where they remain heavily involved in the community. 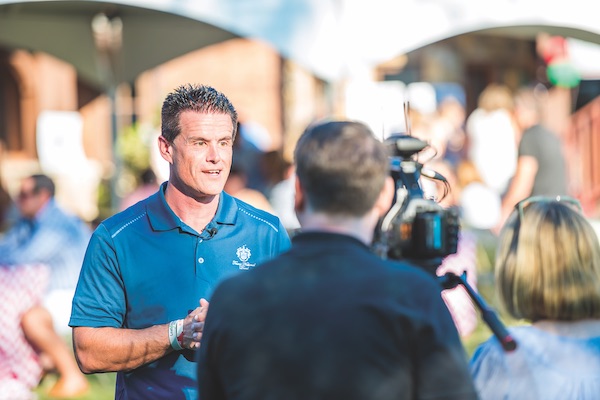